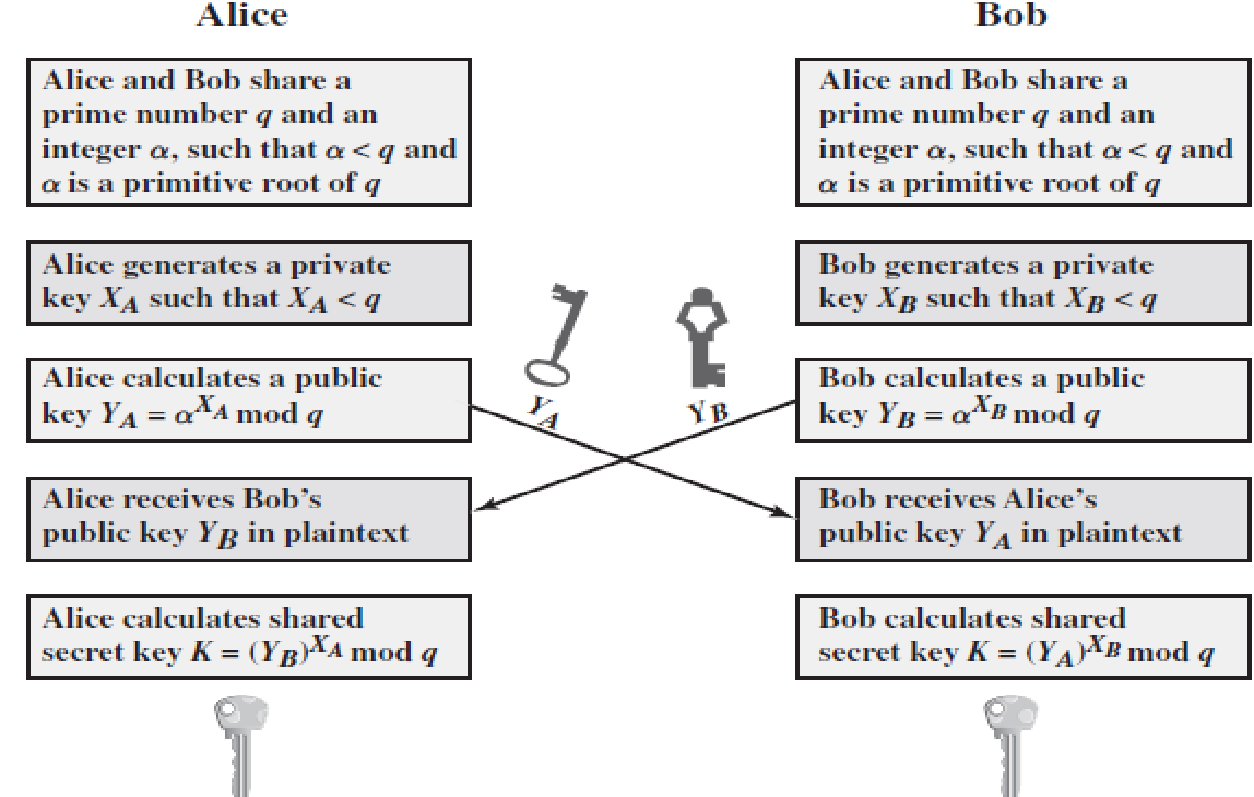 These two calculations of K can be shown to produce identical results:

K = (YB)XA mod q   (this K is the secret key calculated by Alice, since XB is known only to Alice)

= (YA)XB mod q  (here K is secret key calculated by Bob, since XB is known only to Bob)

What is the RSA algorithm?

With the help of block diagram explain ...