In cryptography, a message authentication code, sometimes known as a tag, is a short piece of information used to authenticate a message—in other words, to confirm that the message came from the stated sender and has not been changed. 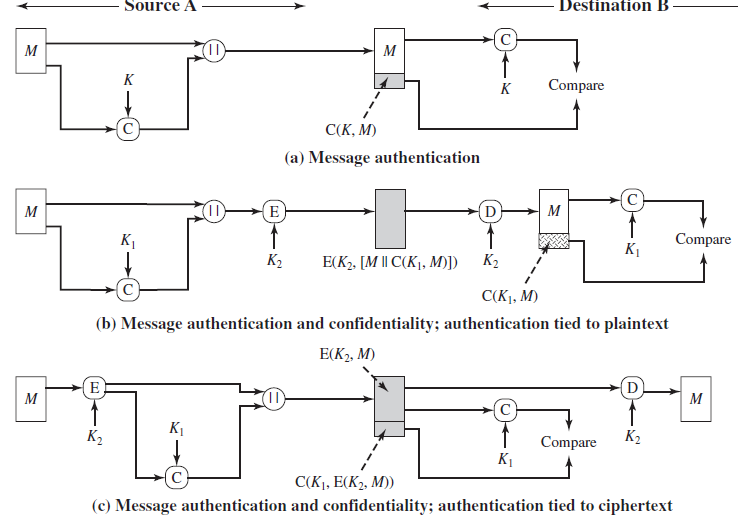 It is assumed that only the receiver and the sender know the identity of the secret key, and if the received MAC matches the calculated MAC, then

We will consider two types of MACs developed:

1. MACs Based on Hash Functions: HMAC

• To use, without modifications, available hash functions. In particular, hash functions that perform well in software, and for which code is freely and widely available.

• To allow for easy replaceability of the embedded hash function in case faster or more secure hash functions are found or required.

• To preserve the original performance of the hash function without incurring a significant degradation.

• To use and handle keys in a simple way.

• To have a well understood cryptographic analysis of the strength of the authentication mechanism based on reasonable assumptions about the embedded hash function.

The first two objectives are important to the acceptability of HMAC.

HMAC treats the hash function as a “black box.” This has two benefits. First, an existing implementation of a hash function can be used as a module in implementing HMAC.

The last design objective in the preceding list is, in fact, the main advantage

of HMAC over other proposed hash-based schemes. HMAC can be proven secure provided that the embedded hash function has some reasonable cryptographic strengths. 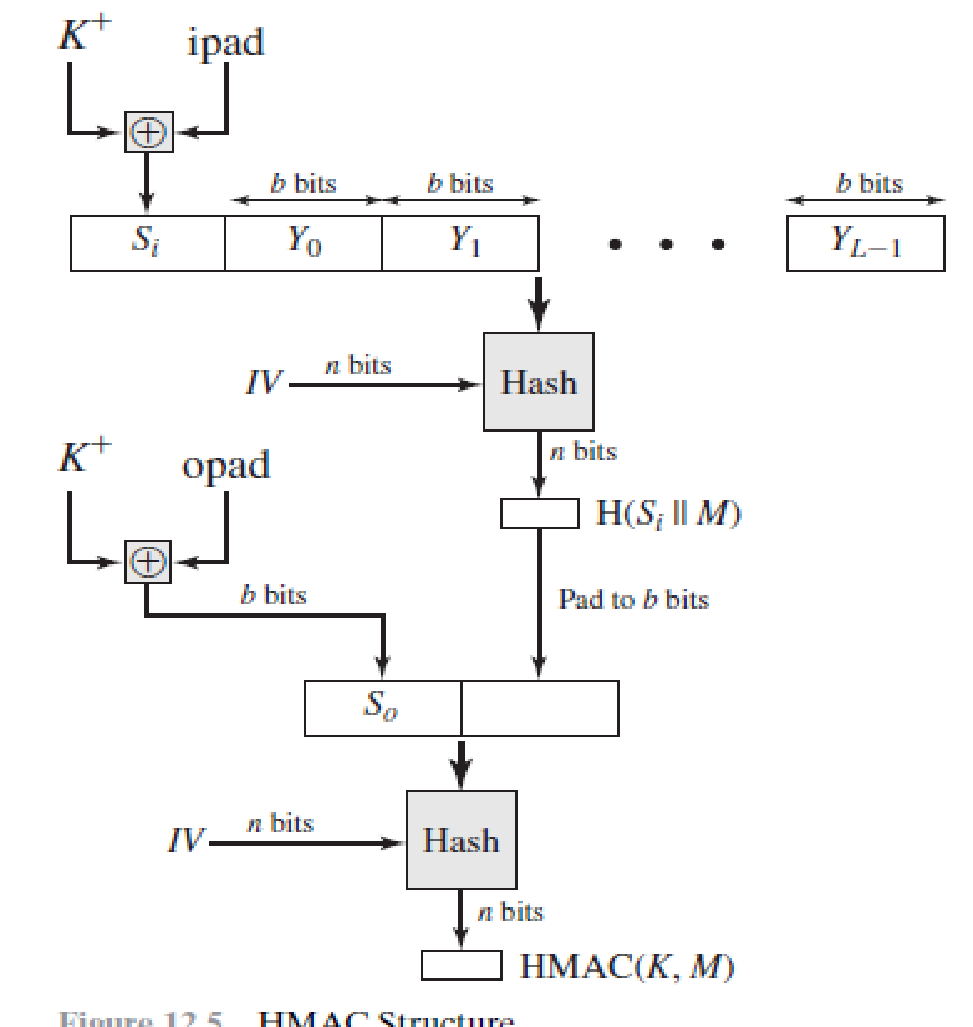 Cipher based MAC: DAA and CMAC

The Data Authentication Algorithm  (DAA), based on DES, has been one of the most widely used MACs for a number of years.

However, security weaknesses in this algorithm have been discovered, and it is being replaced by newer and stronger algorithms. The algorithm can be defined as using the cipher block chaining (CBC) mode of operation of DES (Figure 6.4) with an initialization vector of zero. The data (e.g.,message, record, file, or program) to be authenticated are grouped into contiguous 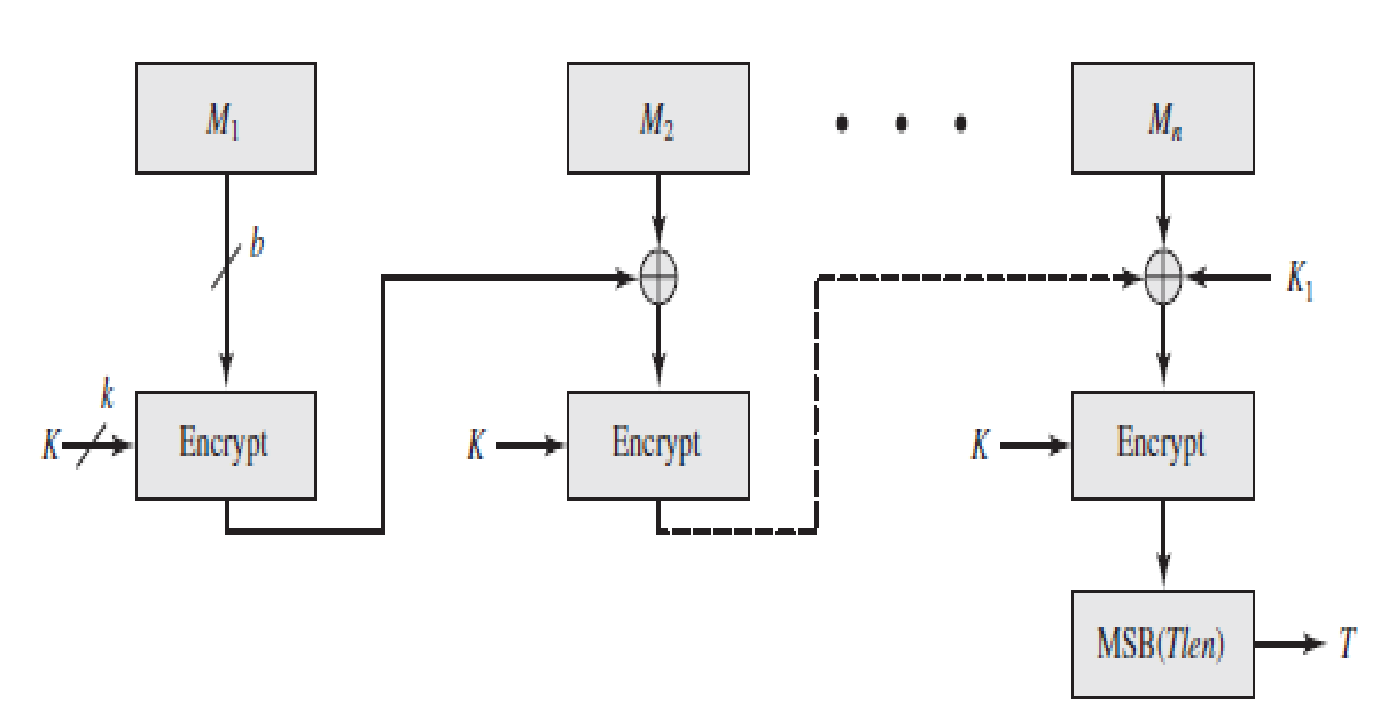 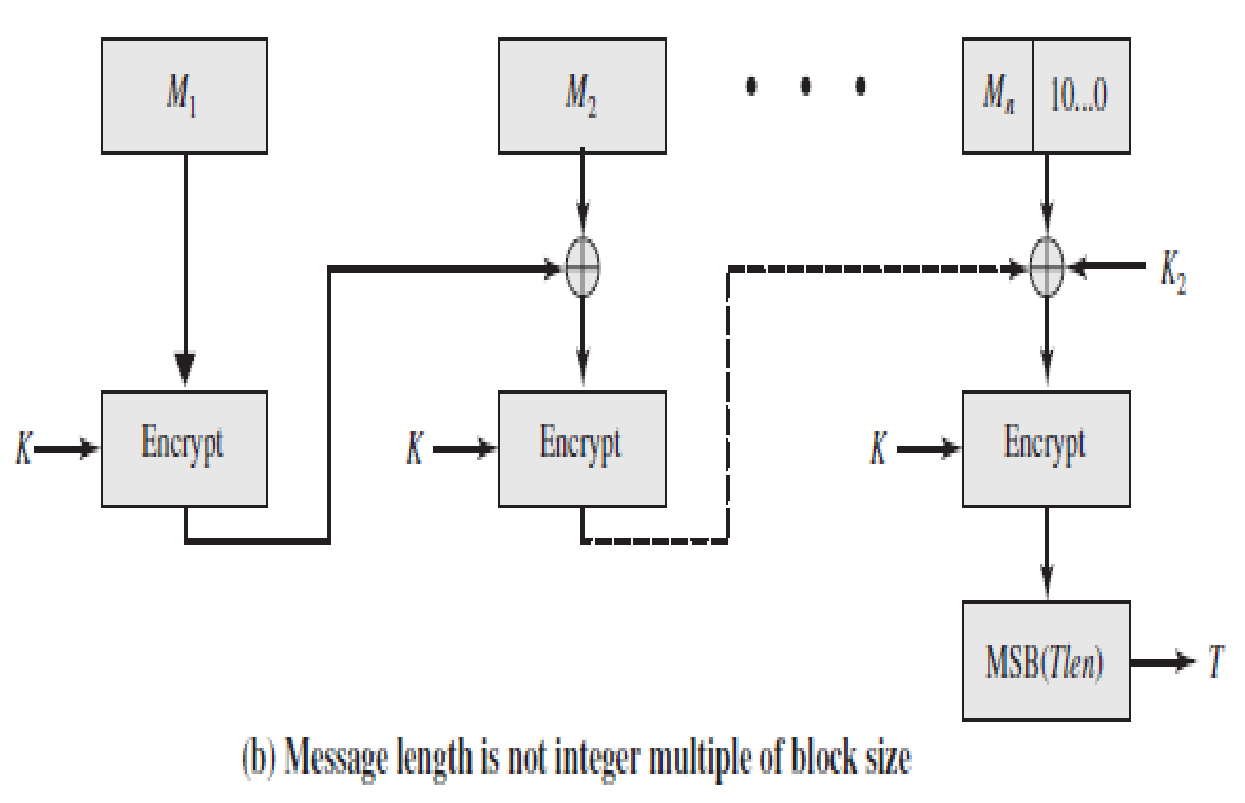 What is Secure Electronic Transaction Protocol?