Discuss the four types of transformations used by AES?

In AES, all operations are performed on 8-bit bytes. In particular, the arithmetic

operations of addition, multiplication, and division are performed over the finite

field GF(28 ). Section 5.6 discusses such operations in some detail. For the reader

who has not studied Chapter 5, and as a quick review for those who have, this

In essence, a field is a set in which we can do addition, subtraction, multiplication,

and division without leaving the set. Division is defined with the following

and in which arithmetic is carried out modulo p . 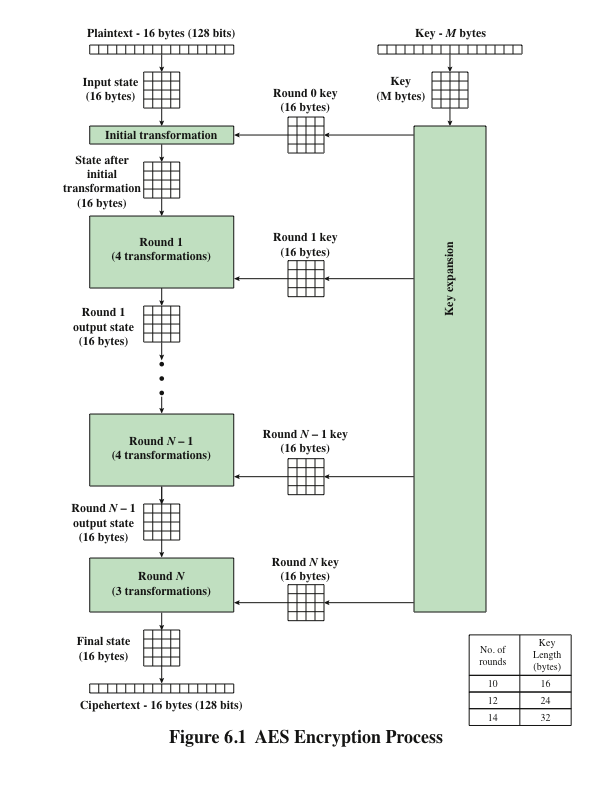 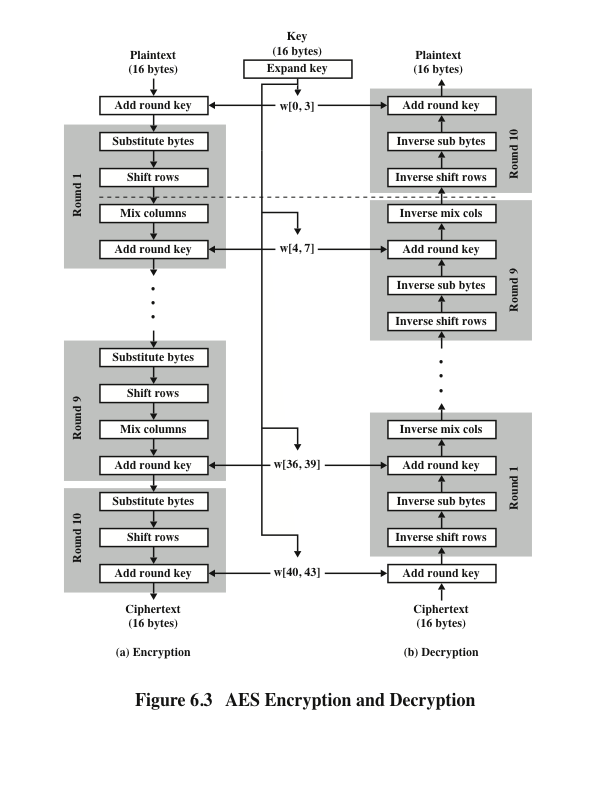 Figure 6.3 shows the AES cipher in more detail, indicating the sequence of transformations

in each round and showing the corresponding decryption function. As was

done in Chapter 4, we show encryption proceeding down the page and decryption

proceeding up the page. 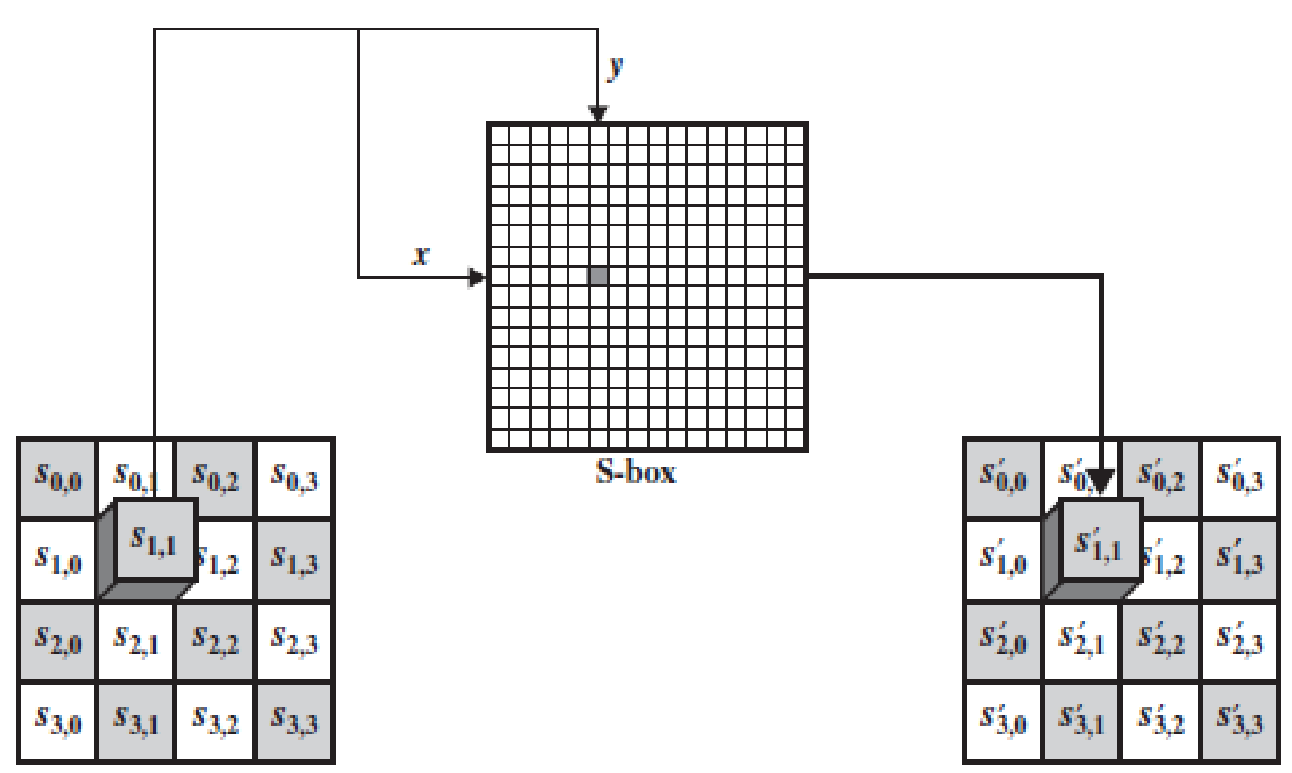 These are standard values. You need not By-heart these values. Consider each byte of input state is represented in hex format as xy; x defines the row number , y defines column number. The hex value at the intersection of x and y gives the substituted byte.  For eg the byte with value E6 is substituted by 8E.

a permutation of all possible 256 8-bit values. Each individual byte of State

is mapped into a new byte in the following way: The leftmost 4 bits of the byte

is mapped into the value {2A}. 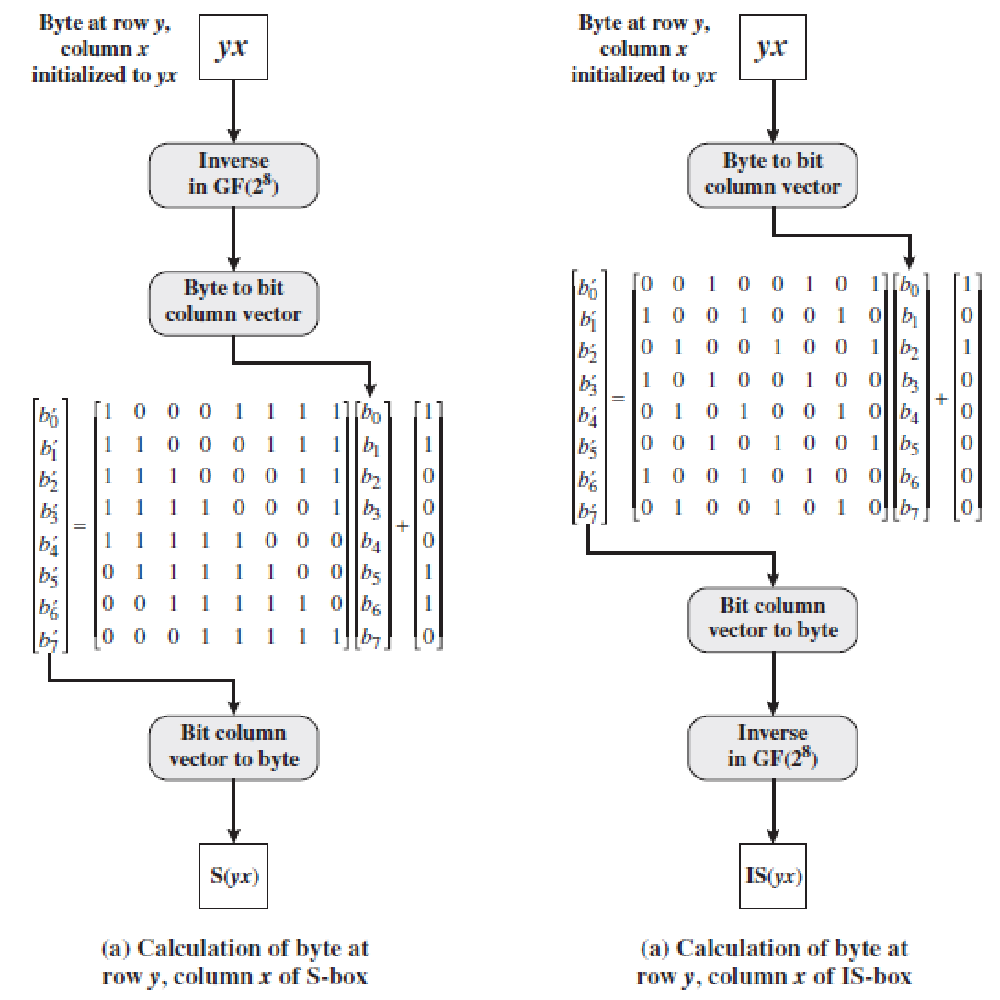